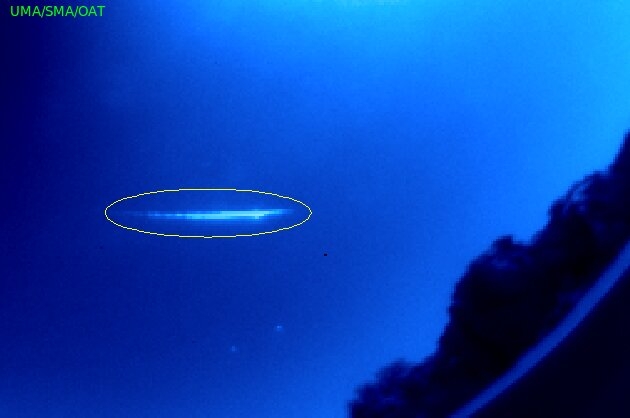 During the early morning on Good Friday the Red UMA/SMA and the Red Global Bootes registered two fireballs; one at 2:26 CET over Sevilla province and another one at 2:28 (Canary Island time) over the West Sahara.

The first one was recorded in a video by the station on the Dehesa San Francisco (UMA/SMA/Fundación Monte Mediterráneo), Fundación Monte Mediterráneo and the station in Málaga city (where also the spectrum was registered); the pictures were also recorded by the observatory in El Torcal (UMA/SMA/OAT) in Antequera as well as by the observatory BOOTES-2 (IAA/CASIC/UMA) in Algarrobo (Málaga).

The object began to shine at 67 km height between the Sevillian towns of Marchena and Lantejuela. It went 42 km southwest with a speed of 51.000Km/h and disintegrated at 38 km height.

The analysis of the orbit of provenance showed an inclination of 16º with an eccentricity of e=0.7.

The second fireball was registered by the stations of Lanzarote (UMA/SMA/G. Muler) and Puerto del Rosario (UMA/SMA/EPH) in Fuerteventura.

This one overflew the West Sahara at about 100 km towards inland.